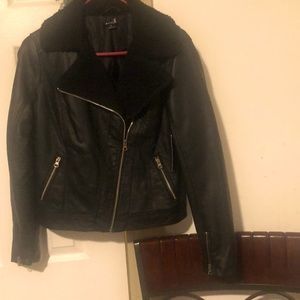 I love Ronson, black jacket with zippers on pockets and sleeves
|||