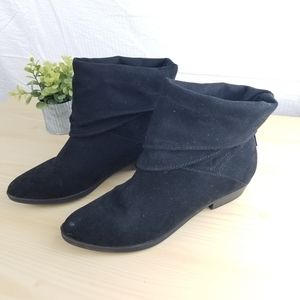 Indigo Rd. WOMEN'S Shoes BOOTS Color: Black Size: 5.5 Characteristics: you can use them folded or unfolded, you can have two styles in one Condition: Pre-Owned signs of use but in 100% excellent condition, No flaws Coming from a clean smoke and pets-free home. ***Are you interested in 2 or more listing? Make a bundle so you can save on shipping and I Will usually offer a discount for bundling multiple listings.
|||